Composition is the idea of breaking a complex concept down to atoms and then combine them to pipe values through a series of functions.

It's basically chaining functions from inside out where each return value becomes the argument for the next function. So instead of adding cognitive complexity by going step by step, we encapsulate them and go the whole path at once: 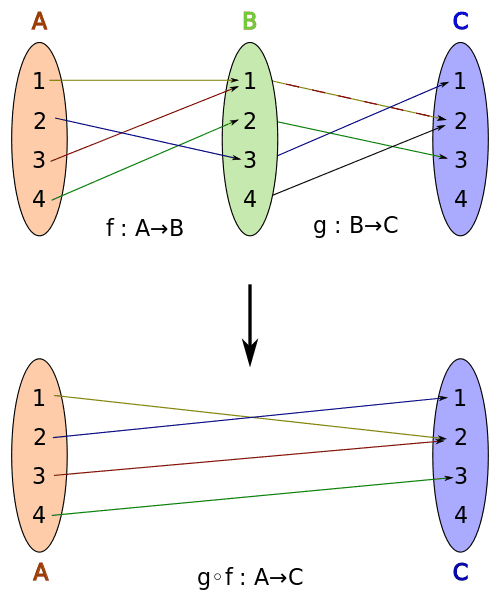 Here's a more general version which accepts a number of functions and arguments:

Let's look at an example of determine the price of a product and assume the following available functions:

We can combine them in several ways:

Because data flows from one pure function to another this creates a program which:

In the previous example we have composed a function in tacit style since we didn't mention it's arguments even once.

Point-free functions do not identify the arguments on which they operate.

One of the hardest things in programming is to find an adequate and relatively persistent name which you don't have to if you never mention the arguments.

Point-free functions are concise and generic

It removes unnecessary information of an argument getting passed around which is not your main point of interest. Your interest should lie in the transformations applied which are in sequence easier to understand. Therefore they reduce syntactic noise and strengthen the expressiveness by focusing on the composition itself.